A brief word about why I describe our homeless residents as “shelterless.” They prefer it. When I first started paying attention to and talking with them, one of them said to me, “The earth is my home.” 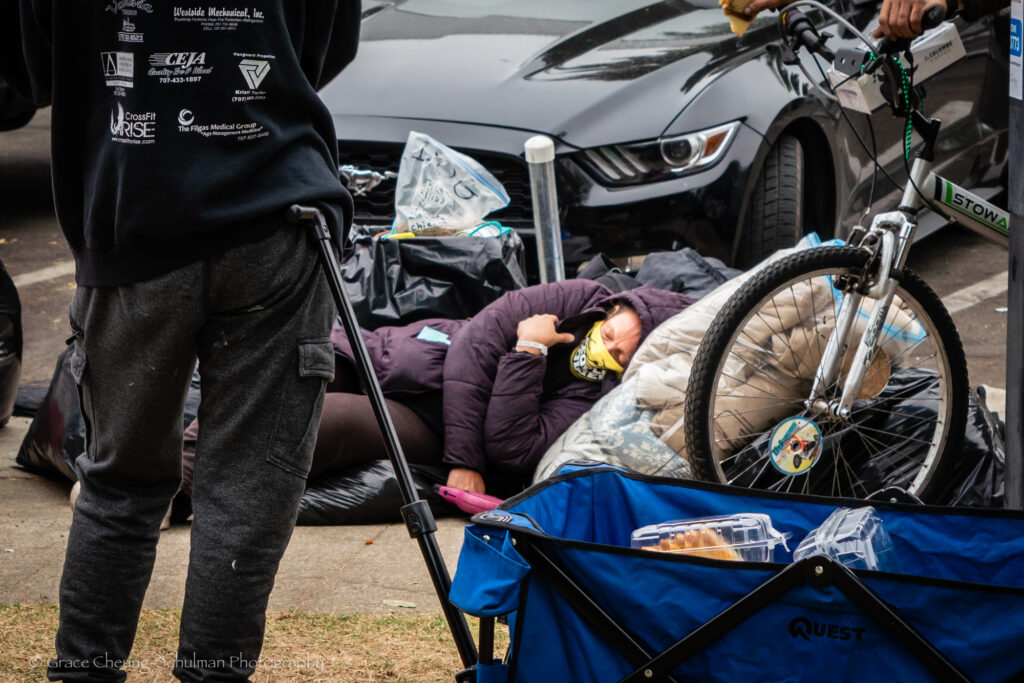 Sonoma County should be able to learn from success stories related to being shelterless. Can we ask ourselves, “If other communities can engage its shelterless residents in ways that help lift them up, why can’t we?”

Vancouver, British Columbia, stands out as a community which works with its shelterless in several ways to improve their lives.

In this blog post, I will describe three ways Vancouver’s shelterless are helped by organizations and individuals. I have noted that governments are not involved in any significant way in these efforts, similar to our situation here in Sonoma County. 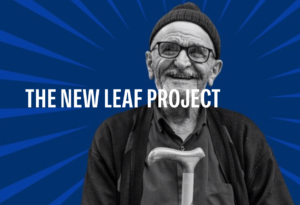 Perhaps the most stunning thing that is going on there is that there was a pilot study providing $7,500 Canadian (US$5,740) as an unconditional cash grant to 50 homeless people. See the results of this study, which showed the following.

The pilot study, conducted by the New Leaf Project, divided those who received the cash into two groups: 1) Cash plus workshops/coaching and 2) Cash and no workshops/coaching. In a response to my email asking how the two groups compared, I received this: “Our analyses showed there were no major differences in outcomes between the participants who received the additional supports such as workshops and coaching compared to the participants who did not receive these supports, so the impacts we found were instead driven by the cash transfer.” Read their Impect Report.

“(Receiving the transfer) made me feel important. It’s like a silent cheering squad in the back of my mind. I know that the study is meant to help me so it has helped guide me. They have faith in me so I have faith in myself.” ~ Amy

WATCH | Meet Ray, who describes what the money meant to him.

2.  Hope in the Shadows: Stories and Photographs of Vancouver’s Downtown Eastside

I learned about this project in 2016 when a former resident of Vancouver moved to Healdsburg. For over a decade the monthly magazine, Megaphone Magazine, published by professional journalists and designers, has been

sharing stories that explore social justice, culture, politics, and independent arts in Vancouver and Victoria. It also serves as a platform for people experiencing poverty and homelessness to share their stories and creativity as writers, featured interviewees and more.

Megaphone Magazine is sold on the streets of Vancouver and Victoria by homeless and low-income vendors. Vendors buy each magazine for 75 cents and sell it to customers for $2, keeping the profit from every sale.

Hope in the Shadows is one of the projects of Megaphone Magazine, which is comprised of an annual photography contest and the publication of a calendar which features the winning photographs. The calendars are sold by shelterless and low-income residents, who retain half of the proceeds. This project continues to be successful, despite the popularity of digital calendars. Watch launch of the Hope in the Shadows 2021 Day Calendar here.

3.  Dr. Gabor Maté: Proof that just one person can make a huge difference

Previously known as Skid Road, in the early 70s it was transformed into a community now known as Downtown Eastside in Vancouver. It has been North America’s most concentrated area of drug use. A significant contributor to the 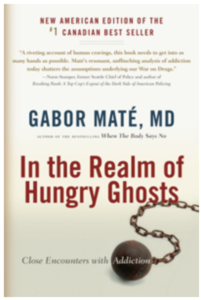 improvement of the residents’ lives, including reduced drug use, is Dr. Gabor Maté, who for twelve years practiced medicine there.

In his incredible book, In the Realm of the Hungry Ghosts – Close Encounters with Addiction, which everyone who is shelterless or works with them should read, Dr. Maté begins by telling the stories of his patients, who, in their destitution and uniformly tragic histories, represent one extreme in the addictive spectrum. He also shows how behavioral addictions of society’s most fortunate members – including himself, differ only in degree from the severity from the addictions of his Downtown Eastside patients.

I loved it when Dr. Maté confessed to his addiction to classical music. He accumulated countless CDs of it, often many of the same scores played by different orchestras. When he had a patient close to delivering a baby in the hospital, he left her and dashed out to the music store close by to buy yet another CD. He concludes that in reality there is only one addiction process, its core objective being self-soothing of deep-seated fears and discomforts.

These projects and programs show that many of the residents in Vancouver, BC care about its shelterless residents. We here in Sonoma County do, too, but we could do so much more to help them make their lives livable.