Sonoma County is remaking its structure for spending Federal and local dollars to help homeless people and there’s a scramble among people who want to sit on this powerful board. Why the Do-Over? And, why is it worth paying attention to?

The short answer is that a small group of people will soon be making decisions that gravely impact the 2000 homeless people in Sonoma County who currently have no shelter. This may be an opportunity to influence those decisions so money is spent wisely and homeless people themselves have a say in what it is used for.

There are two seats on the board for people who are currently homeless or have been homeless in the last two years. There are also four at-large seats. Do you want to run for one of those seats? Do you know someone you think would be terrific at it? If so, contact us at (707) 742-3733, HomelessActionSoCo@gmail.com. We will be talking more about this in the next month or so at our weekly meetings. Click HERE to learn how to join our Zoom meeting.

Federal Government through the Department of Housing and Urban Development (HUD). Sonoma County also puts money into the pot, and lesser amounts come from various cities like Santa Rosa and Rohnert Park.

the Feds should be spent and who can make the decisions about it. For many years, Sonoma County had a group called the Continuum of Care which was primarily run by staff members of homeless service providers with a lot of input from the Community Development Commission (CDC) staff. (The CDC is a county agency whose top managers are hired by the elected supervisors.) These folks made the money decisions and provided some training and information exchange for each other. It wasn’t a perfect system, but it had some benefits. People complained that the staff did not empower the members of the board and that the larger agencies basically ran things.

Two years ago, Sonoma County hired consultants from Home Base. Their 2017 report – Sonoma County’s Homeless System of Care: An Analysis of Policy, Leadership, and Funding Structure – said that there were too many groups working on homeless projects and not enough coordination. They advised a stronger group which would develop a “unified vision” and make the funding decisions to implement this vision. 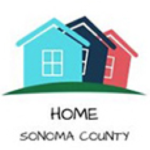 A lot of stuff happened. Some of those sitting on the Continuum of Care board were not all in favor of this. Elected people got involved. There were closed-door meetings. Some homeless services agencies were told to replace their members or lose their funding. People were elected to a new group called the Leadership Council of HOME Sonoma.

The Leadership Council is a nine-member group which included 5 elected politicians from among the Supervisors and Santa Rosa and Petaluma, two people with lived experience of homelessness and a couple of others. They also set up a 29-member Advisory Committee with many of the former Continuum members. The Council, like the Continuum of Care, had a lot of input from the Community Development Commission (CDC) staff.

About that time, the State of California, for the first time, offered $12M+ to

Sonoma County. The Leadership Council made the final decisions about that money and a small portion of it, about $130,000, went to SAVS (Sonoma Applied Village Services).

There has been a lot of criticism of the Leadership Council. Most recently, 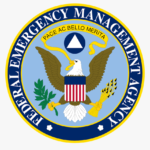 many have pointed out that almost all the decisions on homeless services during the pandemic did not go through that group. Most of these new services have been funded by FEMA. The decisions were made behind closed doors or by the Board of Supervisors or Santa Rosa City Council. The Finley Center’s tent camp, for instance, was a decision made entirely by the Santa Rosa City staff and Council. The use of the Alliance Camp in West County was a decision made entirely by the CDC staff and the Board of Supervisors.

Now, the story takes a major turn. Barbie Robinson, the interim head of the CDC, went to the Board of Supervisors with a new and more streamlined idea for how to make these decisions. As people considered this, it came out that the original basis for the Leadership Council was flawed and illegal. The County Attorney said it should be disbanded and the former Continuum of Care be put in its place. That’s what happened last week. The old members of the Continuum of Care met for the first time in two years and considered what to do next. They are charged with setting up a new group to make these important decisions and to do it in a way that fits the HUD rules and their own charter.

There are questions about changing the charter before this vote, and/or changing the list of people who can vote on it. But, for now, this is what is being planned.

Anyone may nominate someone for the Continuum of Care Board in the following categories:

The new board will include these appointed seats:

Together, these people will have the power to make money and policy decisions. They will be staffed jointly by people from the CDC and the County’s Human Services Department. The rest of the members will meet quarterly for educational discussions.

Operation, by Consensus
Position of Chair may be a Jurisdiction, a private funder, or individual not receiving CoC funding.

Election shall be by category, by highest number of votes received.

In short, there are about 6 weeks to jockey and lobby to help build a new Continuum of Care Board that has some hope of serving homeless people by keeping existing life-saving services in place while bringing new, efficient and necessary projects into being.