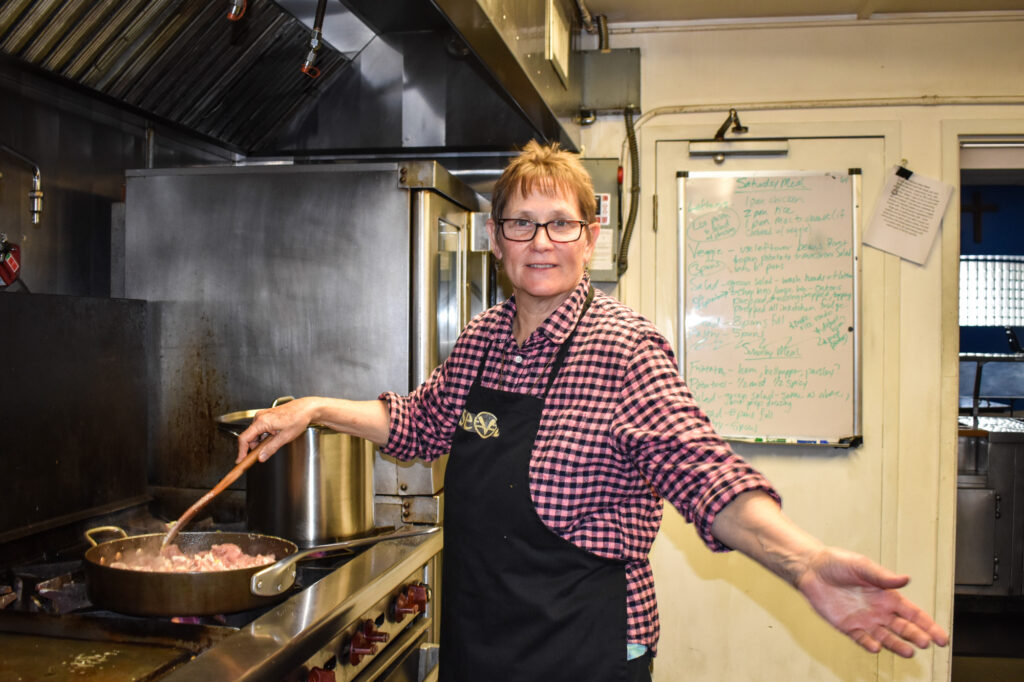 When the Joe Rodota Trail homeless camp was across the street from the Center for Spiritual Living, our membership was affected in many ways. Cars were broken into in our parking lot, members were overwhelmed emotionally and spiritually observing the growing mass of people with no resources, and the basic principle of our beliefs was greatly challenged. How can we be ONE with everything when everything isn’t always pretty and easy? 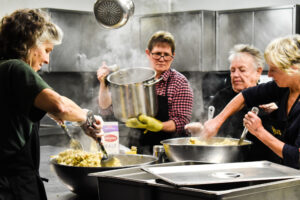 Late in 2019, Rev. Edward Viljoen made a call for cash donations to provide direct support to our neighbors. The Center for Spiritual Living collected thousands of dollars from congregants. A group convened with Rev. Tara and they decided to make a meal for the campers and also to give money to some non-profits who were working directly with trail residents. Somehow, I became the organizer of the meal, and coordinated over 75 volunteers to prepare, box, and deliver a hearty dinner to residents of the Joe Rodota Trail camp. 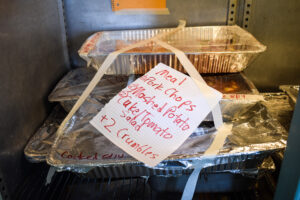 When Los Guilicos Village (LGV) was set up in January 2020 and the Rodota Trail members were mostly dispersed to the winds, SAVS (Sonoma Applied Village Services) got a contract for providing dinners to LGV. Many people from the Center were still interested in volunteering in some way, so we took the Food Handler’s class online and began to cook at St. Vincent de Paul Kitchen one day per week for LGV. There was still money from the donations and we were able to use it to buy whatever we needed for cooking. This was pre-COVID so we were also allowed to deliver and serve our meals at LGV. Our volunteers enjoyed serving and seeing the food we had prepared consumed by residents and staff at LGV.

When COVID hit, we stopped cooking for a while. Then, in June, we were 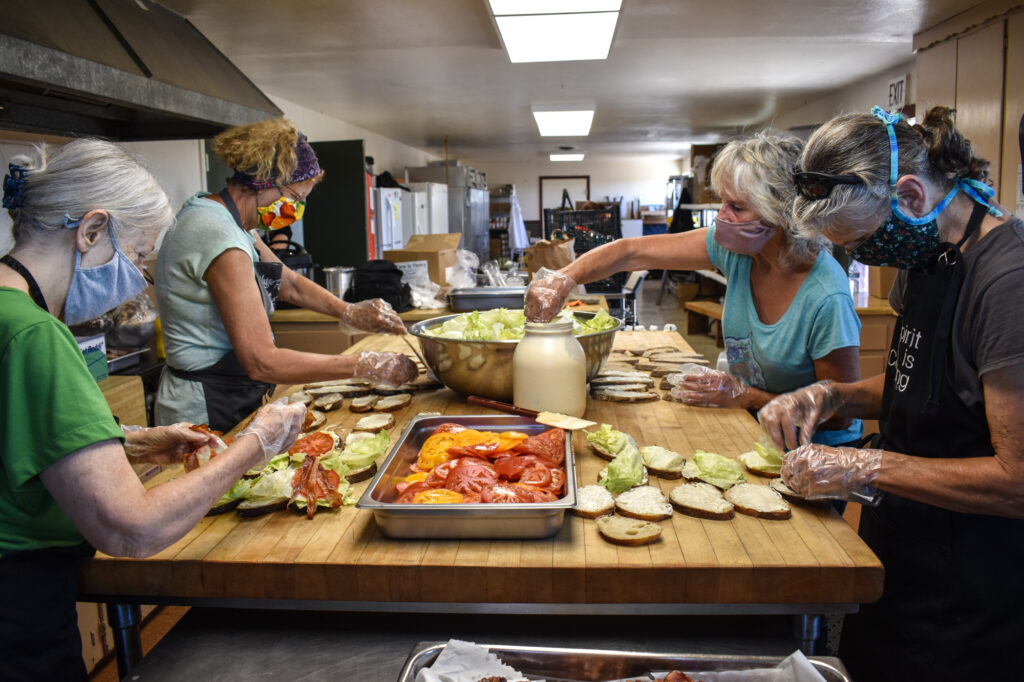 asked to come back and a group of us decided that we could cover 2 days per week. Since then, we have consistently cooked on Tuesdays and Fridays at the Sebastopol Grange. Our meals are planned by me, Kathryn Jurik. When we were first cooking, we had a lot of money and made our own menu plans when we would cook. We’d just talk about what we wanted to make. Since I did the shopping, I always had the last word. Our signature was cupcakes, which we made for every meal.

Now we get most of our food from the Redwood Empire Food Bank, Farm to 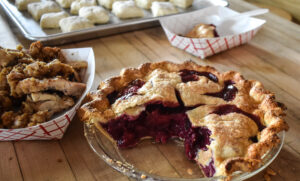 Pantry, and other private donations. We do purchase some things, but not as much. I make the menu and we also punt when we walk in the kitchen and there’s been a large donation of tomatoes, squash or apples…quick! We make a zucchini cake or sheet apple pie. We also make more meals than we did before COVID. When we cook, we make 70 meals for LGV and 100 or more meals that are delivered to unsheltered people on the streets. We don’t deliver the food anymore, so we don’t know where it goes except for LGV. Every week, we make about 350 meals on the two days we cook. […continue to the next Blog – The Cooks in Our Cooking Adventures] 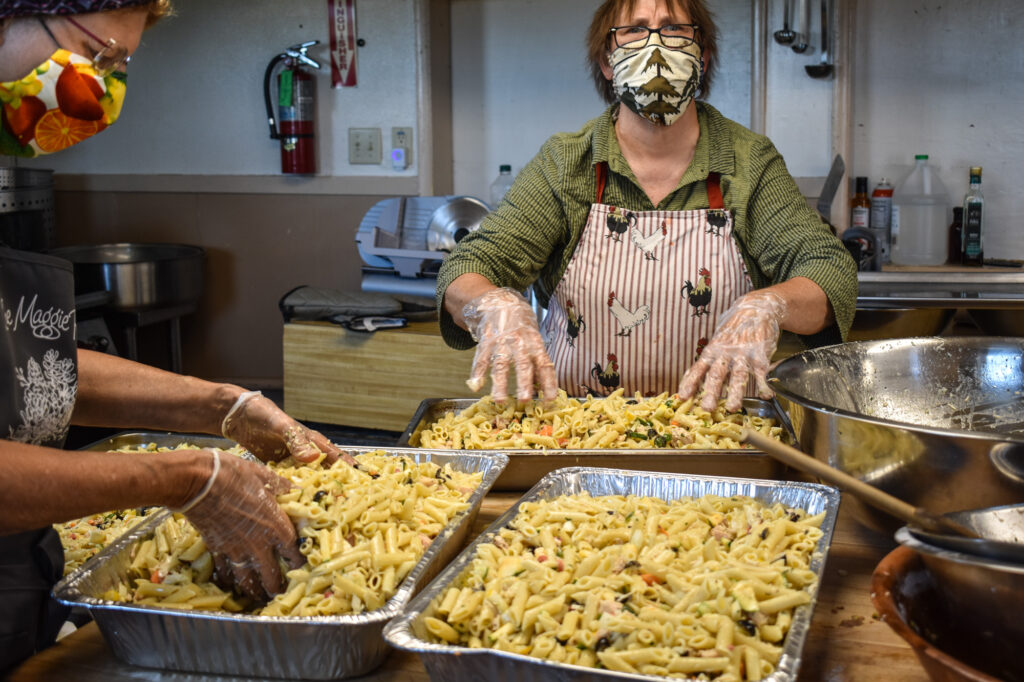